RPython is a restricted subset of the Python language. It is used for implementing dynamic language interpreters within the PyPy tool chain. The restrictions ensure that type inference (and so, ultimately, translation to other languages) of RPython programs is possible The property of “being RPython” always applies to a full program, not to single functions or modules (the translation tool chain does a full program analysis). The translation tool chain follows all calls recursively and discovers what belongs to the program and what does not. and you shouldn’t try. First and foremost, RPython is a language designed for writing interpreters. It is a restricted subset of Python. If your program is not an interpreter but tries to do “real things”, like use any part of the standard Python library or any 3rd-party library, then it is not RPython to start with. You should only look at RPython if you try to write your own interpreter. 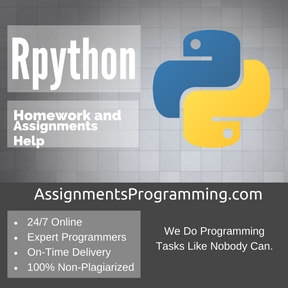 RPython is a translation and support framework for producing implementations of dynamic languages, emphasizing a clean separation between language specification and implementation aspects. By separating concerns in this way, our implementation of Python - and other dynamic languages - is able to automatically generate a Just-in-Time compiler for any dynamic language. It also allows a mix-and-match approach to implementation decisions, including many that have historically been outside of a user’s control, such as target platform, memory and threading models, garbage collection strategies, and optimizations applied, including whether or not to have a JIT in the first place. To compile this script using the PyPy translator, it will need to be in a restricted subset of Python known as "RPython". Among other things this means no generators, no runtime function definitions, and no changing the type of a variable. Unfortunately there is no complete definition of what RPython is – it's basically whatever subset of Python the PyPy developers have managed to make work. A good reference for getting started is the PyPy coding guide.

The --output option lets you specify the name of the output file, and the --batch option prevents the compiler from trying to open an interactive debug window. You can of course pass --help to get a list of available options, but most of them are specific to building PyPy's standlone python interpreter (e.g. they select the GC engine to use, whether to include Stackless extensions, etc) and are not relevant for a generic RPython program. As you may have guessed, PyPy solves this problem. PyPy is a sophisticated tool chain for analyzing and translating your interpreter code to C code (or JVM or CLI). This process is called "translation", and it knows how to translate quite a lot of Python's syntax and standard libraries, but not everything. All you have to do is write your interpreter in RPython, a subset of the Python language carefully defined to allow this kind of analysis and translation, and PyPy will produce for you a very efficient interpreter.

PyPy distinguishes between interpreter-level (interp-level) and application-level (app-level) code. Interp-level code, which most of the interpreter is written in, must be in RPython and is translated. It directly works with the objspace and wrapped Python objects. App-level code is always run by the PyPy bytecode interpreter. As simple as interp-level RPython code is, compared to C or Java, PyPy developers have found it easiest to use pure app-level code for some parts of the interpreter. Consequently, PyPy has support for embedding app-level code in the interpreter. For example, the functionality of the Python print statement, which writes objects to standard output, is implemented in app-level Python. Builtin modules can also be written partially in interp-level code and partially in app-level code The first thing the translator does is load the RPython program into its process. (This is done with the normal Python module loading support.) RPython imposes a set of restrictions on normal, dynamic Python. For example, functions cannot be created at runtime, and a single variable cannot have the possibility of holding incompatible types, such as an integer and a object instance. When the program is initially loaded by the translator, though, it is running on a normal Python interpreter and can use all of Python's dynamic features. PyPy's Python interpreter, a huge RPython program, makes heavy use of this feature for met programming. For example, it generates code for standard objspace multimethod dispatch. The only requirement is that the program is valid RPython by the time the translator starts the next phase of translation.

RPython was originally developed for building PyPy (a high performance python virtual machine with JIT compiler). With meta-tracing JIT technique, one can use RPython to build arbitrary virtual machine with a JIT compiler. We also use this technique to build Pyrlang, and realized the high speed. RPython is quite interesting project but the fact that it's still unspecified outside of "whatever PyPy can compile" makes it somewhat unappealing to target as an intermediate representation. For the community it would be great to have a subset of Python that was amenable to static analysis, type inference and had a well-specified subset of languages features and then decouple that from any one implementation of the Python. Pixie is a lightweight lisp suitable for both general use as well as shell scripting. The standard library is heavily inspired by Clojure as well as several other functional programming languages. It is written in RPython It's actually written in RPython, the same language PyPy is written in. make build_with_jit will compile Pixie using the PyPy toolchain. After some time, it will produce an executable called pixie-vm. This executable is a full blown native interpreter with a JIT, GC, etc. So yes, the guts are written in RPython, just like the guts of most lisp interpreters are written in C. At runtime the only thing that is interpreted is the Pixie bytecode, that is until the JIT kicks in.